It encloses the essential values of the brand: on one side the cult of high Italian craftsmanship and the passion for humanity in all its expressions as a source of richness and culture; on the other, the desire of going beyond the tradition and the rules with a rock, human, street, volatile and contemporary attitude.

Its shape is the archetype of a bag; the leather rectangle seems to belong to a memory as a already known, eminent and full of affection reminiscence. Thanks to an artisanal quilted technique, a scheme of studs enlightens its surface as if it being a punk dotting. It is the further proof of couture that becomes a trend, of the great tradition that becomes an ensemble and personal character. A handle placed between the shoulder strap and the body of the bag, is the adaptable piece that transforms the accessory in a fun and adjustable object. A sign that becomes character, a detail that allows infinite possibilities of personalization.

The value of the Rockstud Spike Bag is highlighted within its adaptable capacities: it is not an accessory that defines the persona, but the object that allows the persona to express one’s character, one’s attitude, one’s diversity.

To give life to its value, Pierpaolo Piccioli has entailed photographer Terry Richardson in a new storytelling adventure. Together they cruised the streets of lower Manhattan, in New York, to depict the way in which common people, randomly chosen with a street casting, carry the bag. At the same time, far away from the stereotype panorama of the classic skyline, the Rockstud Spike has been pictured in every day street contexts, iconic spaces that adapt to reality rather than to an aspiration of a dream.

The idea of the project has as a point of reference a site, Humans of New York, a photographic project and human catalogue founded by Brandon Stanton, that years from now portrays the cosmopolite and varied humanity that inhabit the big apple. The enchanted and no filter gaze is the same that Pierpaolo Piccioli has looked for in the human characters that wear the Rockstud Spike Bag: characters, stories, predilections that narrate the value of diversity and the richness of being unique. These qualities are celebrated by the Rockstud Spike without any distinction of gender, race, culture or social belonging.

The New Rockstud Spike Bag project will also involve a series of viral-videos, stories directed by Terry Richardson that narrate in a disenchanted way the mosaic of cultures and of lives that compose New York, city chosen as a universal symbol of a society where diversity and uniqueness remain the fundamental requirement of contemporary times. 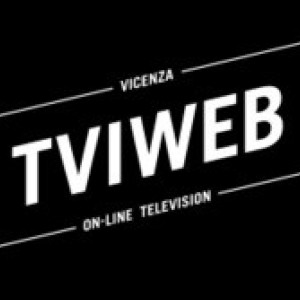